Neo-Lutheranism developed in reaction to Pietism on the one side and Rationalism on the other, both of which had arisen in the previous century. German clergymen such as Martin Stephan, C. F. W. Walther, F. C. D. Wyneken, and Wilhelm Loehe became a part of the movement as they studied the works of Martin Luther and the Book of Concord.

The Old Lutheran and Neo-Lutheran movements spread to the United States with the Neo-Lutheran Loehe and the Old Lutheran free church leader Friedrich August Brünn,[3] both sending missionaries to newly arrived German immigrants in the Midwest, and with the immigration of groups including the Saxons who settled in Missouri under Martin Stephan and C. F. W. Walther, the Germans who settled in Indiana under F. C .D. Wyneken, and the Prussians under J. A. A. Grabau in Western New York and southeastern Wisconsin (the Buffalo Synod). 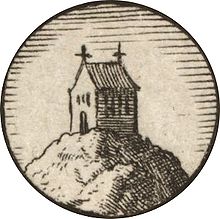 …one holy Church is to continue forever. The Church is the congregation of saints, in which the Gospel is rightly taught and the Sacraments are rightly administered.—Augsburg Confession[7] 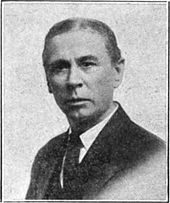 Franz Pieper (1852–1931) taught the importance of a quia subscription

Additionally, the Association of Free Lutheran Congregations (AFLC) describes themselves as confessional. The autonomous congregations within the AFLC are only required to officially subscribe to the unaltered Augsburg Confession and Luther's Small Catechism,[11] but many member congregations officially subscribe to more, or all, of the Book of Concord, while others do so unofficially in matters of doctrine and practice. All internally trained AFLC pastors are taught a quia subscription of the Book of Concord, leaving the denomination as a whole "unofficially" confessional in matters of preaching and teaching.[citation needed]

Though there are some congregations in the Evangelical Lutheran Church in America which would call themselves "confessional", many of those congregations have decided to leave the ELCA due to the liberal leanings of the denomination, most notably their stances expressed in the 2009 ELCA convention.[12] The ELCA as a whole does not use the title "confessional" to describe itself, but it and the other member churches of the Lutheran World Federation do ascribe to the unaltered Augsburg Confession and the other confessional documents in the Book of Concord as true interpretations of the Christian faith.[13]

Lutheran church bodies and Lutheran individuals that identify themselves as confessional hold to a "quia" (Latin for "because") rather than a "quatenus" (Latin for "insofar as") subscription to the Book of Concord, which contains the Apostles' Creed, Nicene Creed, Athanasian Creed, Luther's Small Catechism, Luther's Large Catechism, the Augsburg Confession, the Apology of the Augsburg Confession, the Smalcald Articles, the Treatise on the Power and Primacy of the Pope, and the Formula of Concord.

An unconditional subscription is the solemn declaration which the individual who wants to serve the church makes under oath (1) that he accepts the doctrinal content of our Lutheran Confessions, because he recognizes the fact that they are in full agreement with Scripture and do not militate against Scripture in any point, whether the point be of major or minor importance; and (2) that he therefore heartily believes in this divine truth and is determined to preach this doctrine.[15]

Views on the Antichrist

There are two principles that mark the papacy as the Antichrist. One is that the pope takes to himself the right to rule the church that belongs only to Christ. He can make laws forbidding the marriage of priests, eating or not eating meat on Friday, birth control, divorce and remarriage, even where there are not such laws in the Bible. The second is that he teaches that salvation is not by faith alone but by faith and works. The present pope upholds and practices these principles. This marks his rule as antichristian rule in the church. All popes hold the same office over the church and promote the same antichristian belief so they all are part of the reign of the Antichrist. The Bible does not present the Antichrist as one man for one short time, but as an office held by a man through successive generations. It is a title like King of England.[21]