Skip to content
This article is about the city of Cambridge in the United Kingdom. For other uses, see Cambridge City Council (disambiguation).

Cambridge was granted a Royal Charter by King John in 1207, which permitted the appointment of a mayor. The first recorded mayor, Harvey FitzEustace, did not serve until 1213. Cambridge was granted its city charter in 1951 in recognition of its history, administrative importance, and economic success. There are a number of ceremonial items used by the Council which date to different periods of history.[2]

The council provides various facilities and services within the city. These include parks and open spaces, waste collection, council housing and local planning.

The Council also organises numerous events throughout the year, including the Cambridge Folk Festival and a programme of free summer entertainment entitled Summer in the City. Its base is the Cambridge Guildhall, on the south side of Market Square in the centre of Cambridge.

A new mayor and deputy mayor are elected every May, by the full council at its annual meeting. The mayor for 2022-2023 is Mark Ashton. The mayor's duties are almost entirely ceremonial, although the mayor chairs meetings of the full council.

The leader of the council is Anna Smith (Labour), and the deputy leader is Alex Collis (Labour).

The official opposition is Liberal Democrat, with Tim Bick leading that group and Cheney Payne being deputy leader.

The highest non-elected official is the chief executive. Robert Pollock took up the post in 2021.

Elections for a third of the seats take place three out of every four years. Cambridgeshire County Council elections take place in the 4th year. Due to boundary changes[3] there was an "all up" (all Councillors are up for election) election in 2021, on the same day as other local elections. 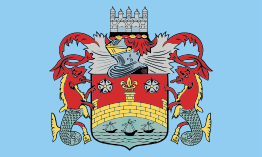